There and back again

One upon a time there were 6 Czech Hubbers who decided to have a look at the Italian Sun. We launched our calendars, opened maps and a travel guide; and a big trip through Zürich to Milan, Florence and Rovereto was planned in the wink of an eye. Petr, Vojta, Anna, Veronika, Martin and Katka, 2389 km, 4 visited Hubs, 5 GB of photos, 6 destroyed diaphragms by never ending laugh, 3 burned faces and infinity of experience.

The main aim of this trip was to get to know other Hubs across Europe, sharing experience and meeting people who believe in the same thing. “I know how important is to build strong relationships within the network, every gathering gives me a great feeling that we are one big family. Since I was the only one who could come to Oaxaca this year, we made our little road trip gathering,” starts Petr. This has been becoming a nearly tradition in our team because three team members made a similar trip to Amsterdam and London Hubs last year. “It was a great experience, seeing how things can work differently and sharing the same philosophy at the same time. I got inspired quite a lot and we made some major changes in our Hub based on what we had seen elsewhere,” describes Veronika her feelings about both trips.

Impact Hub Zürich was our first stop where we got after morning swimming in Obersee lake. We met with Stefan Honegger who showed us around. We loved the space as well as tiny little details such as their own branded beer or colorful toilettes. Big tribute also to a Hub Fellowship! Stefan shared with us some updates and we are now even more sure to start it in our country, too. Thanks to Christoph, co-founder, we also managed to have the most heart-cloggingly awesome plate of local food. Anna recalls one of her highlights: “I was amazed by the multiculturalism of Hub Zürich. The main language is English but there is also German, French and Italian coming to my ears.”

Our road continued around majestic alpine peaks and after having a dramatic snowball fight we reached Impact Hub Milan. Martina, lovely Host, welcomed us warmly and spend with us and our persisting questions nearly two hours. “Having a real kitchen with a cook and dishes creates a great home-like atmosphere. Not to mention flowers at the tables or stylish antique furniture in a chill out zone,” mentioned Martin. Since Milan and Prague opened nearly at the same time, we have much in common. We exchanged some ideas on internal processes and developing our own booking and invoicing software.

Dario was waiting for us at Impact Hub Florence the next day. We were pretty amazed by their Fab Lab where 3D printer were growling, laser was shining and screw drivers were lying at the tables. After a small brainstorming we upgraded the space to an official hug zone and got some inspiration on updating our members wall.

The last day, we stopped at Impact Hub Rovereto where we met Paolo, one of the co-founders. He managed to nearly to blow our minds away by telling us their local strategy. Petr summarized everything to a few sentences: “These Rovereto guys succeeded in running a profitable and business oriented Hub in a city of 40 000 inhabitants! The city has like twenty streets, one bar and unbelievably strong and big community. I wish we all could learn from them.”

Katka closed the story with an idea on collaborative action: “We tell our members that we believe in collaborative action and global cooperation with a dream to create a better world. However, these words make the greatest sense to me once I have experienced such a road trip. Having seen both the diversity and the unity creates a special feeling which makes me think of it in a slightly different, yet more enriching perspective. We are already planning another trip to Munich and Berlin because it has become an inseparable part of our Hub work. And I would like to encourage everyone in the network to try it out.. You will be amazed how easy, accomplishable and rewarding it is.” 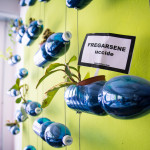 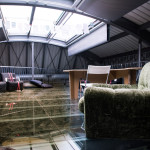 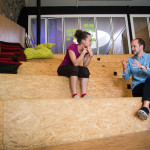 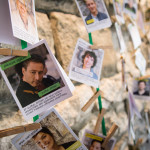 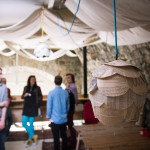 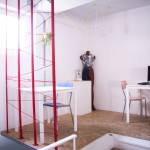 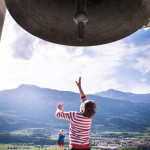 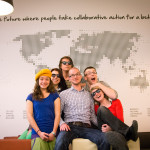 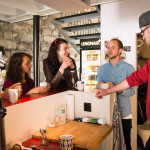 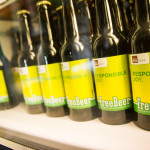 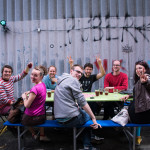 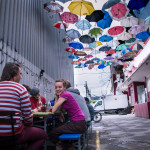 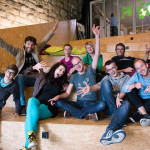 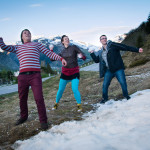 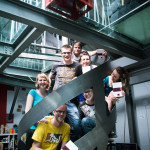 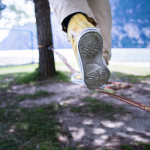 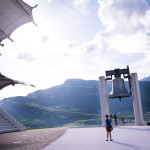 Back to all posts

The space to make it happen

Tariffs with just a few hours per month or unlimited access 24/7. Always with a package of benefits that make your work life easier.

I'll give it a try

All services under one roof

For small start-ups and medium-sized companies

Be connected to a successful community

We will help you with the development of your commercial or social business regardless of your current stage.

Available programs
We use cookies to ensure that we give you the best experience on our website. If you continue to use this site we will assume that you are happy with it.Accept